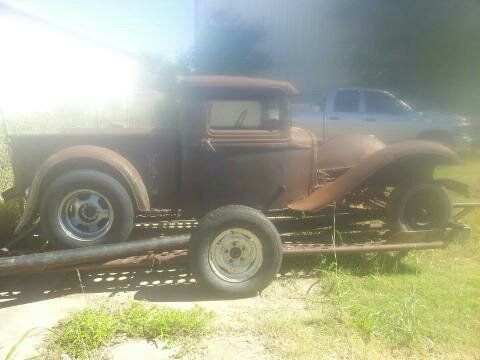 1934 ford with a 34 title.  comes with headlights and bar grill. on rolling chassis. no motor or transmission.  please call Johnny at 580-248-4003 with serious inquiries