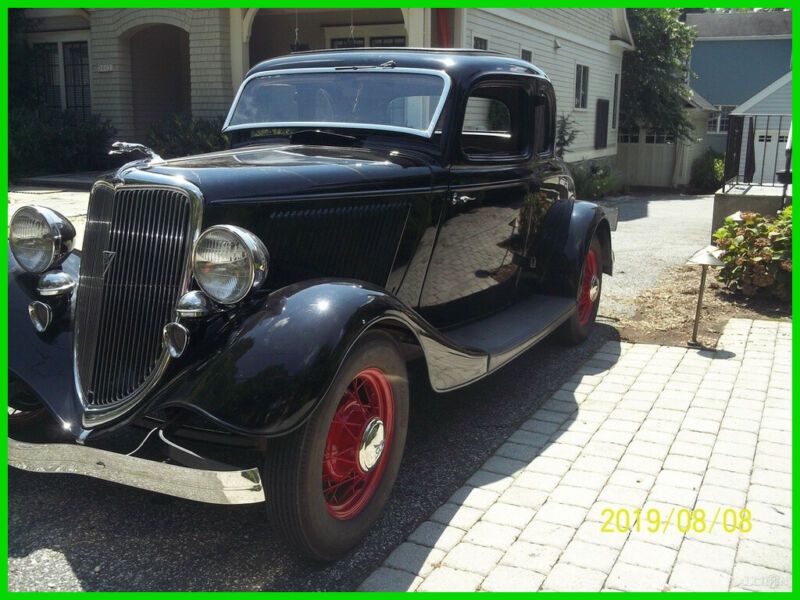 This 1934 Ford 5-Window Coupe is Powered by a Rebuilt Flathead V8 Engine, Paired with a 3-Speed Manual
Transmission. This Beauty is Shown in a Black Exterior with a Tan Herringbone Interior. It is Non-Smoking and has
been Garage Kept.