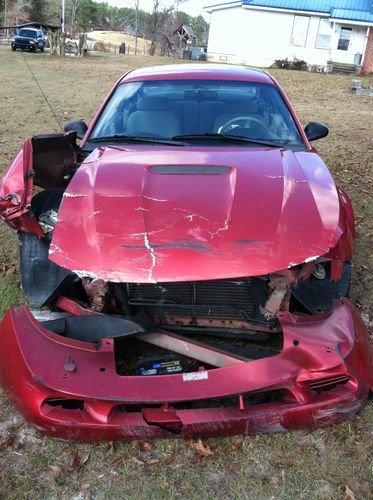 Car wrecked and sustained heavy front end damage.  Hit side of SUV at approximately 40 MPH.  Car was running great and everything worked before wreck.  Less than 110,000 miles, I think it had 106,000 miles on it before wreck.  Wheels are strait and engine appears to be fine.  Mostly front body, radiator and front component damage.  Body looks great from firewall back.  Interior in good shape.  Airbags deployed.  Radio not included.