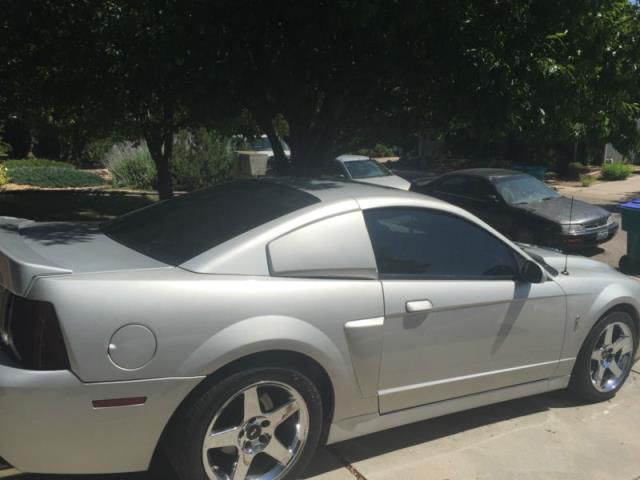 2003 Ford SVT Mustang Cobra Terminator Hand Built 4.6L Supercharged V8 Tastefully modified I know I will forget a few but here is the list Forged internals Exhaust Intake Throttle Body Lowered Factory looking wheels however rears are 11 wide strengthened 3.73 rear end Stage 2 Clutch Smaller 2.7 pulley for supercharger boost and air/fuel gauges mounted on drivers side A Pillar currently pulling 12 LBS of boost over factory 8lbs rear quarter window covers blacked out head and tail lights HID upgrade for headlights programmed with Traction control disabled I have won 4 trophies at 4 car shows with it Adult owned not raced Always garaged very well maintained always use Mobil 1 Oil and K&N Oil Filters This car is very quick and powerful Body and interior is a 9 out of 10 Low miles 66500 I currently drive about 1000 miles per year going to car shows and date nights only when weather is perfect.
Please feel free to ask any questions or if you need more pictures : fredvknlonny@powdermail.com