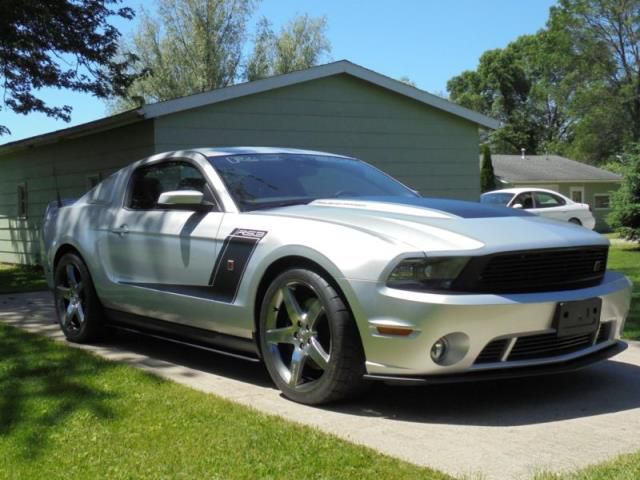 2012 Roush Mustang Stage 3. 540 HP Roush Supercharged 5.0, Six Speed manual, Roush Exhaust, Ingot Silver, Black Leather with Suede inserts, nitrogen filled Cooper RS3 tires, ONLY 3,144 miles. The car is the exact same way as it came from Roush, also have all documentation. The car has every option except for navigation. Adult owned and driven. Never seen rain, snow or a car wash, was always hand washed. Always kept in a climate controlled shop. The cleanest 2012 Roush youll ever find, this car is the real deal. Showroom condition LOW MILES!
Message me at : mooreeiqarthur@gmx.com