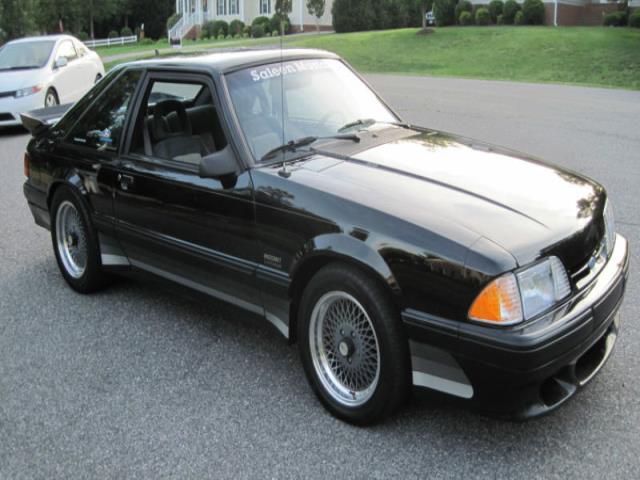 1988 Saleen #372. It has low miles of 76,958. The black paint is in great shape and shiny. There are some scuff marks on lower valance. All VIN stickers are in place except hatch and original body stripes are still in place. All original Saleen stickers are in place. Original Interior is in great shape also. This speed density Saleen runs strong and 5 speed shifts well. It has off road h pipe, sub frames, performance lower control arms and caster camber plates that complement handling and performance. Has clean Auto Check. A Saleen like this are hard to find and in my opinion values are on the way up.
Will answer all questions. Only serious buyers : calderonstatelessh@cricketfans.net