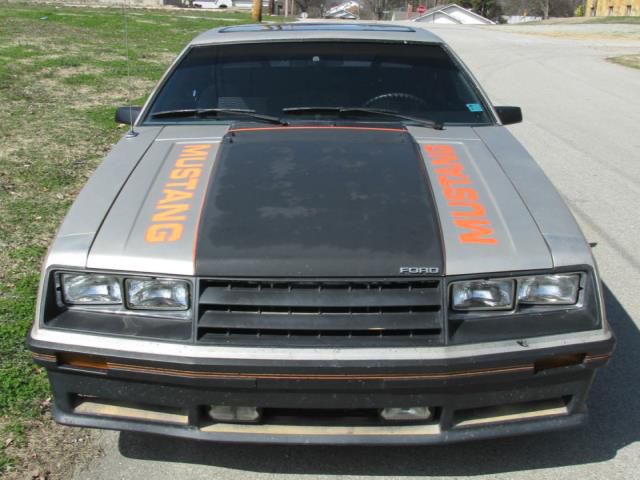 This is the 1979 Ford Mustang Pace Car Turbocharged Replica, modeled after the official 1979 Indy 500 Mustang Pace Car. This car has been in the family since it was just a few years old as we were the 2nd owner since December of 1983. It still runs and is in drive-home condition, not requiring a trailer to get it to its new home. This has been a wonderful car that has served us well, but it is time for it to find a new owner who can appreciate it for what it is and give it attention. This Mustang was the first year for the Fox body style, and this special car has a 4-cylinder turbocharged engine with a 4-speed manual transmission, special turbo hood, front air dam, rear spoiler, back window louvers, body decals, sun roof, special black/white fabric Recaro racing seats with mesh headrests, padded steering wheel, and other features. The body paint is pewter and black with the special decals. It comes with a special waterproof car cover and the original storage upholstery bag for the sun roof that is removable. The rear seat folds down flat since this is a hatchback style.