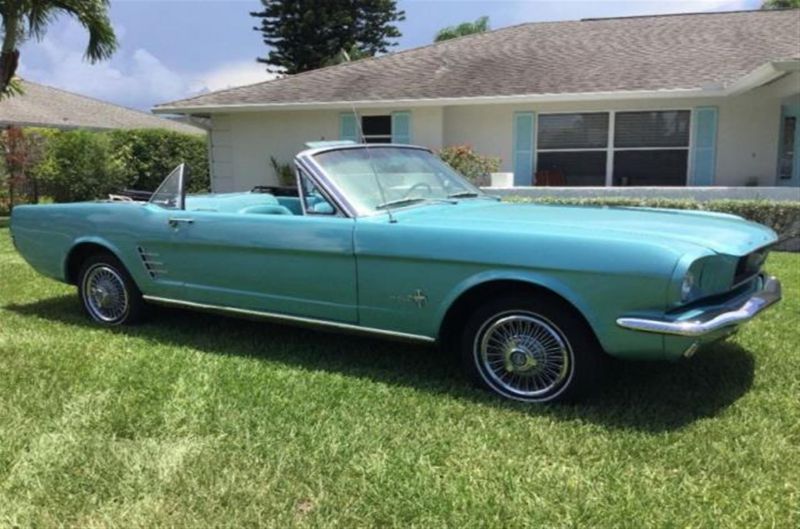 Let me know if you have any questions and I will be happy to answer them : curtisneapolitanf@netzero.com

This rare, one of a kind collectible is a great find. This car is a Ford collectors dream. The Rare, Unique, Tahoe Turquoise color adds a unique quality to this 1966 Ford Mustang Convertible.