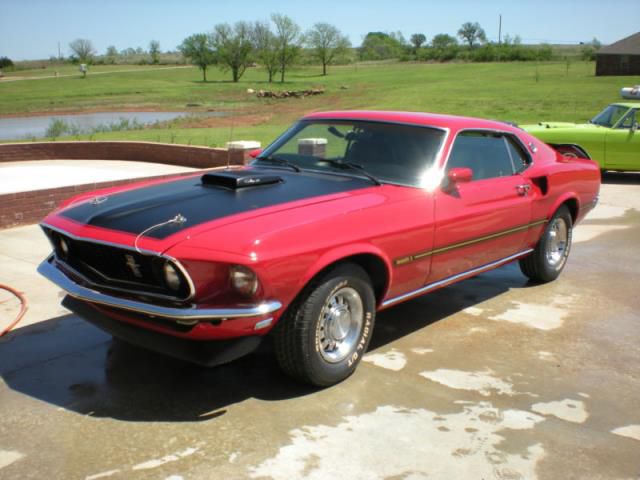 Here is a nice 1969 Mach 1 Mustang Fastback, R code 428 shaker hood 4 speed. Car has had a recent restoration, new paint and tons of new parts, looks as good underneath as it does outside. Also a bunch of original parts exist on the car, such as the original glass and fiberglass spoiler, front spoiler, louvers, engine/trans, gauges, etc. Car was a very rust free candidate and still has its original floor pans. San Jose CA built, sold in Oklahoma, and still in Oklahoma. Deluxe Marti Report included.