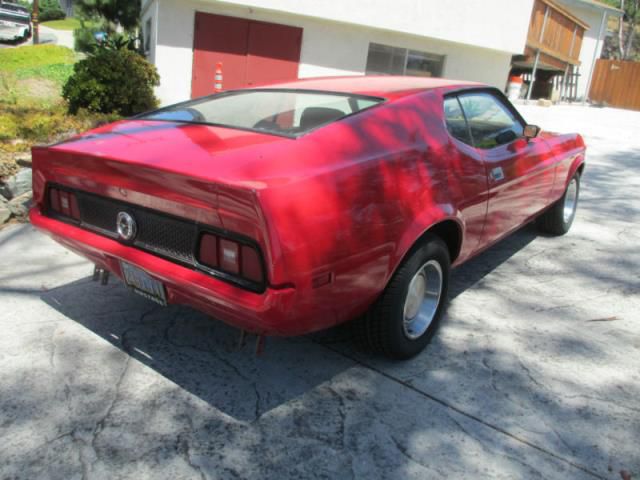 Straight and clean 1971 Ford Mach 1 Mustang. This Mach 1 has only had a couple owners and it has always been in southern California. Still retains the California Blue plates as shown. It has been well cared for and it shows. The original interior is in fantastic condition. From the seats, to the dash, door panels, headliner, etc. The body is very straight and clean, has all of its original panels, and it is without repairs of any kind. The floors, frame, and trunk are nearly perfect with Zero rust or patches. The original motor, transmission, and rear end are all in place and it runs and drives great. Brakes and steering function properly as well. I ordered the Marti Report and it is included and shown. There has been a lot of time and money spent on caring for this Mach 1. No dents or even dings to mention. Glass is all excellent. It has new Cooper Cobra tires on the original wheels. All the lights and gauges work.