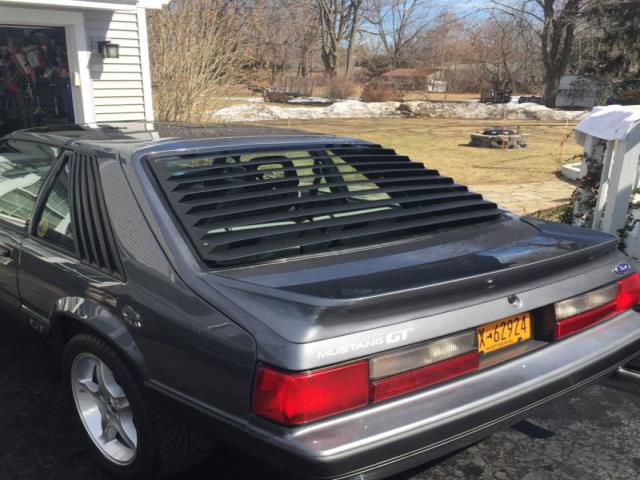 The four eyed mustangs, so named for the separate high and low beam rectangular headlights, have almost a cult following. This particular vehicle is likely the most loaded 4-eyed I have seen or heard about. Power steering power locks, cruise control - yes on a manual transmission 85, premium sound, fog lights - yes original, t-tops, factory air.This summer car was put into storage in the mid-nineties by the original owner (contact info provided to new owner) until the business moved and had to be relocated. It was sold to a friend of mine, a mechanic friend, who did not have the ambition to see the restoration through but did not want it chopped up and destroyed either.