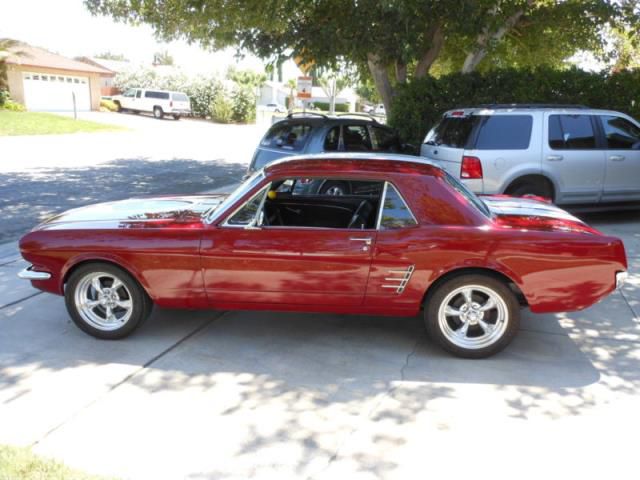 This was restored a few years back, has a turn-key 302 from Five Star engine cylinder out of Glandale AZ. It has an Edelbrock 4 bbl carb. and headers. It has a rebuilt C-4 automatic trans bought from Perfomance Automatic. Has an aluminum drive shaft, new fuel tank, 17 x 7 American eagle 211 rims with 245-45 R17's. the color is called Garnet Red. Interior was replaced during restore, all rust was cut out and panels replaced to include all 4 floor pans both front fenders, and both rear quarters. It has original type drum brakes all around and original type suspension. It has a metal frame / fiberglass hood with scoop. Has a complete Flow-master exhaust and mufflers.
This is a private owner car and we would welcome your questions : cr651eliadesmarion@mynet.com