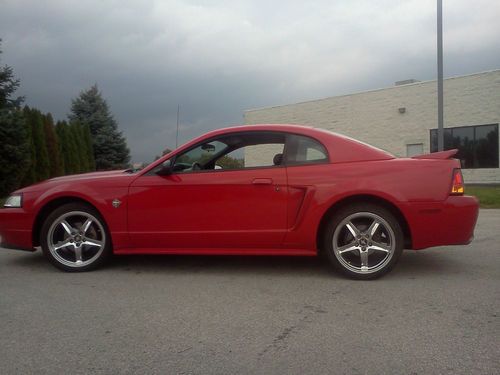 i personally have done nothing to the car other than oil changes. i bought the car in july of 2012 and drove it daily until late fall when i garaged it for the winter.  i was told by the person i purchased it from it was sold to him by an adult.  i am the third owner.  the car was purchased in northern michigan, as i used to live there, but i now live near toledo ohio.  the car has never been wrecked and has a clean title.  i checked the carfax when i bought it and everything i was told checked out.

there are no major dents or scratches, it is not a perfect but looks very good. shows some signs of fade but mostly between the front fenders and hood as the hood was added later.

the car drives straight and does not leak any fluids.  i have never had any problems with the car and it is very reliable.  the only thing not working on the car is the  cd player which is still there but does not function.  i am selling the car as i now have a long commute to work, 1 hour, and currently work a lot. i do not care to drive it that far everyday.  it currently sits in my garage and i typically drive every couple of weeks.