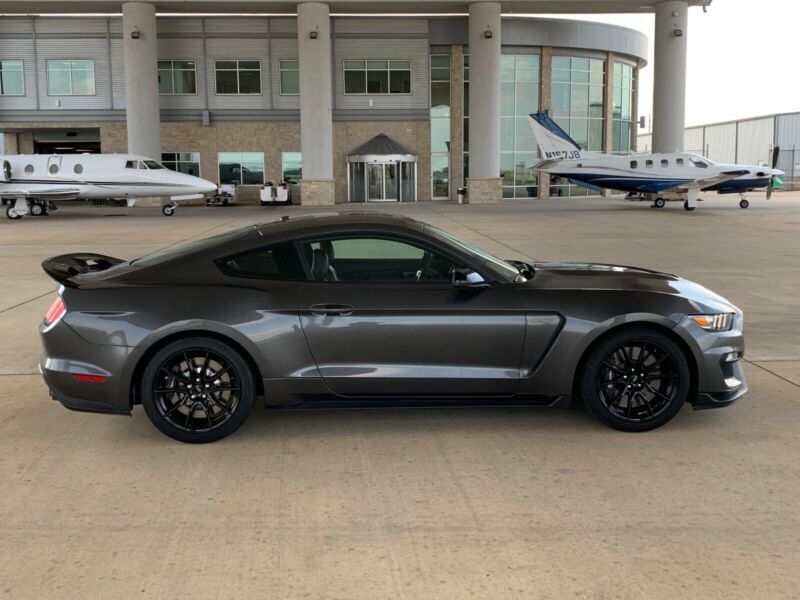 This loaded Magnetic Metallic (Gray) 2019 GT350 is in like new condition and is optioned with the electronics
package,​ exposed carbon fiber trim and leather trimmed (heated/cooled) sports seats. The electronics package
includes blind spot monitoring,​ navigation and the Bang & Olufsen premium sound system. The car has never been
damaged and has been treated with excellent care. I requested that the dealership leave all protective plastic on
the car and not wash or drive it so that I could professionally decontaminate and then add a protective coating to
the paint and avoid any potential abuse. The oil has only been changed at my local authorized Ford dealership. The
car has never been modified or tracked. I recently replaced the factory Michelin Cup 2 (racing) tires with Michelin
Pilot Super sport tires because the car is exclusively driven on the street. All accessories are included in sale: Both keys,​ both floor mats,​ owners manual and Shelby Owner's supplement.