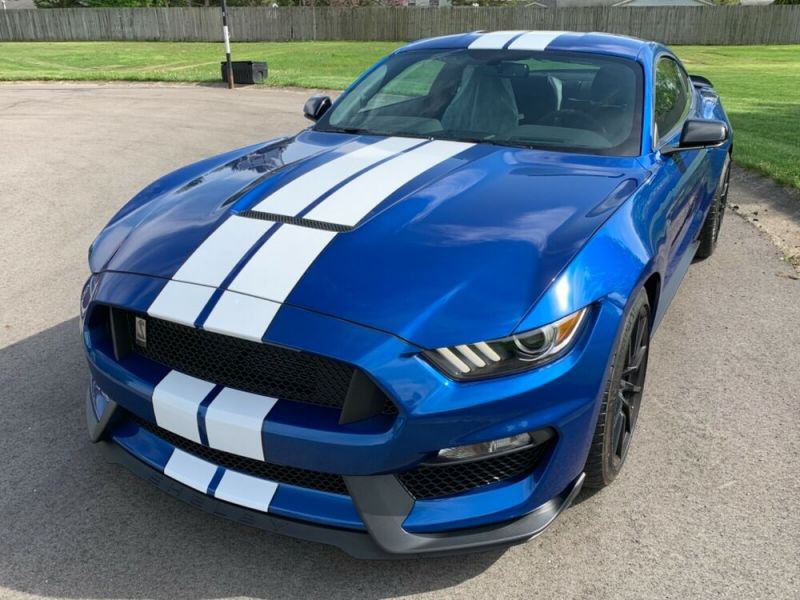 The car was occasionally driven in town during the summer and fall months to "stretch its legs". The car is garage-kept and attached to a battery tender, when not in use; purchased a custom satin-stretch car cover, (included) for added insulation and protection during the winter months.
The car was a special order from Ford, as it is one of a limited number of Shelby GT350's in the traditional lightning blue and white-striped color combo, with both the Track and Technology packages available for that year.