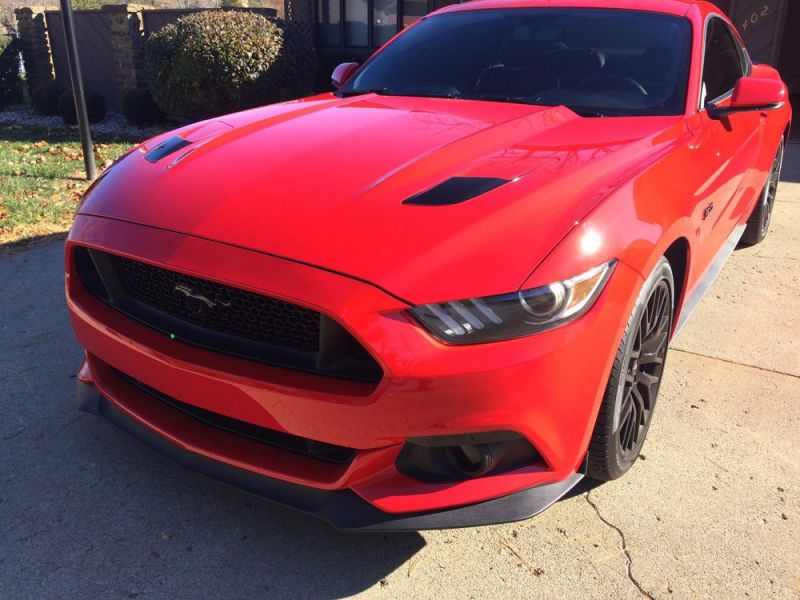 Just email me at: eliaeaamster@donsfans.com .

Race Red Performance Package Mustang GT 5.0. it has never seen rain always been garaged every night since i have owned here are some of the things i have done to the car i put blackout pony emblems KIT Black 5.0 on both sides black pony in front grill and black GT on back. i also tinted the windows including windshield which looks fantastic. I PUT real factory OEM GT350 COBRA spoiler. This is a Track Pack car 3.73 ratio rear end, Brembo front brakes , Torsen bar, reverse PARKING sensors heated and cooled seats navigation you can change the lights in the gauges to about 10 different colors as you wish also has different drive modes sport ,normal and track also has a launch mode which i never used there is not a scratch on this car ANYWHERE.