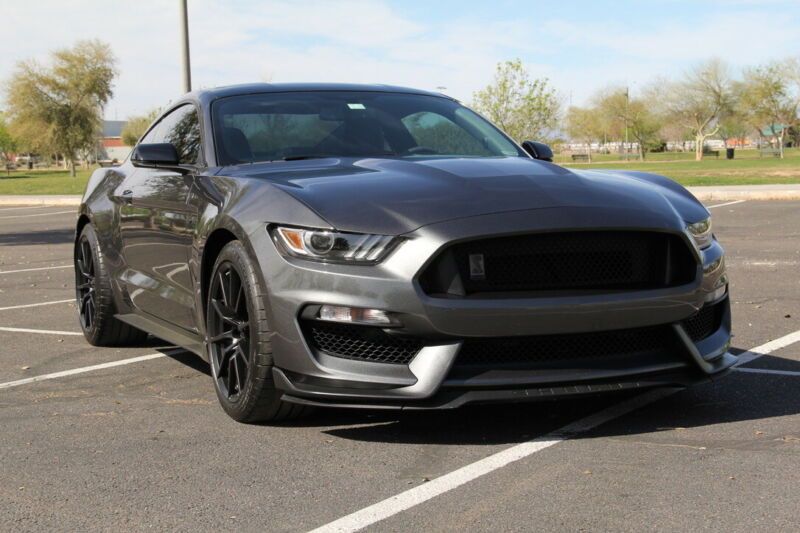 This 50th Anniversary GT350 fastback is chassis #83 of 100 produced in 2015. There were 50 GT350s with the
Technology Package, 50 with the Track Package and only 37 GT350Rs. This is one of 50 optioned with the Tech
Package. Power is supplied by a 5.2-liter V8 engine with a 6-Manual transmission. It features MagnaRide damping
system suspension, flat-planed crankshaft, black Brembo brake calipers and LED taillamps with sequential turn
signals. The Gun Metal Gray exterior has the stripe delete option and HID projector headlamps. It has a black
interior with Alcantara-wrapped steering wheel, heated and cooled front seats, dual-zone air conditioning,
navigation, Technology Package, Bluetooth, AM/FM stereo with single CD and SiriusXM satellite radio-ready
(subscription required). Rides on 19-inch factory wheels. Never dealer-prepped, the front spoiler is in the
original box. This GT350 has 27,000 actual miles.