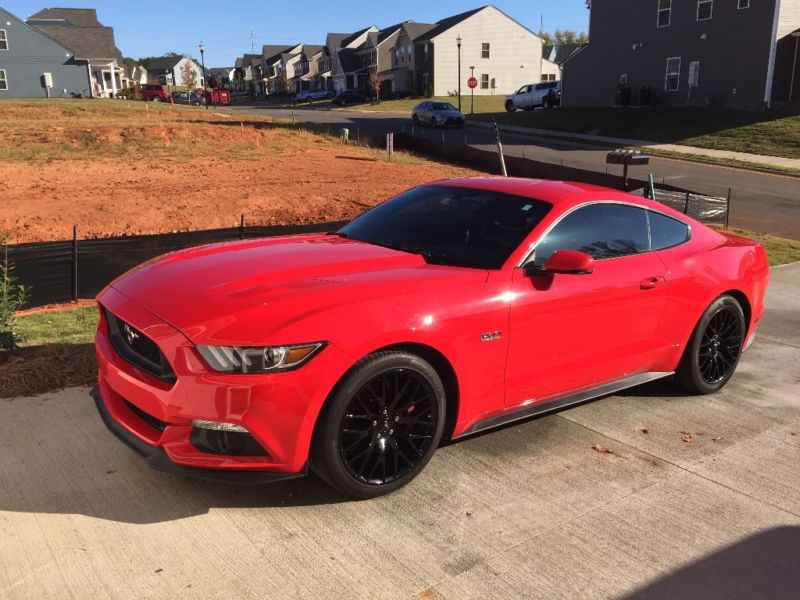 If you have more questions or want more details please email : kentonpickerel@netzero.net .

I missed an opportunity to sell it to a serious buyer because of this person who had no
intention on buying, please do not waste my time.***
Mustang GT Premium with Performance package in excellent condition with clear title in hand. Race Red with
Performance Package which includes heavy duty suspension along with distinctive wheels and tires and upgraded
radiator and rear end (3.73 gears) amongst other items. Passive keyless entry and push button start, driver and
front passenger seats are heated and cooled, dual zone climate control with ice cold A/C, 8" multi-color
touchscreen diagonal display with Sync, dual exhaust and bluetooth. Original owner since new and no accidents.
All factory stock with the exception of 30% ceramic window tint. Have all documentation of the vehicle with
maintenance/service history. Had it's 15,000 mile service performed last week and also had Factory TSB completed
which required replacement of the front brake rotors and pads with new parts. Garage kept since new and driven
carefully since purchased. Bumper to bumper 3 year, 36,000 mile and 5 year, 60,000 mile powertrain warranty is
transferable. Please don't hesitate to ask any questions you may have. Thank you for looking!