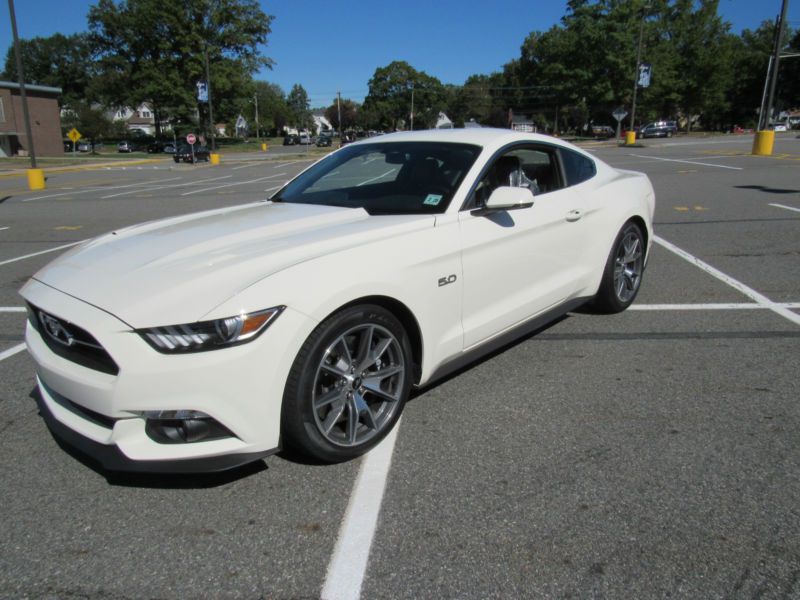 More infos regarding my car at: rosettarbbocage@englishhome.net .

This 2015 50th Anniversary Mustang GT is a limited edition one of only 1,964 cars built. This model comes with a serialized plate signed by Bill Ford Jr. himself. The car holds true by featuring the original 1964 Wimbledon White paint, chrome trim for the tail lamps, grille, and side glass. The car’s Y-shaped wheels are meant to echo the chromed steelies offered on the original.

From behind the wheel drivers will know that they are driving a very special vehicle. The interior brings specially designed trim elements, such as a cashmere-stitched, leather-wrapped steering wheel, instrument panel, shifter boot, center armrests and door inserts. The seats feature exclusive two-tone cashmere and black leather upholstery, with the Mustang 50 Year logo positioned on the seat backs. Car is equipped with heated and cooled seats and factory navigation.