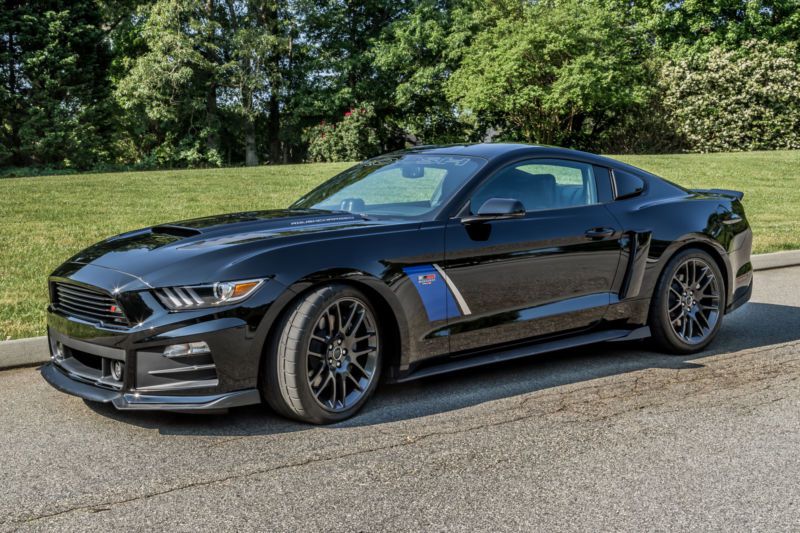 Send me an email at: jonellejkkornrumpf@englandfans.com .

AS A 74 YEAR OLD "CAR GUY," I PURCHASED THIS ROUSH AUTOMATIC STAGE 3 IN AUGUST 2015 AS A PERSONAL PROJECT VEHICLE
FOR MYSELF. IT HAS BEEN COSMETICALLY AND MECHANICALLY TRANSFORMED INTO A PERFORMANCE BEAST AND CONCOURSE SHOW
WINNER. IT HAS NEVER BEEN RACED, TRACKED, CONTROL LAUNCHED OR ABUSED IN ANY MANNER. ALWAYS STORED IN A CLIMATE
CONTROLLED GARAGE, IT IS IN FLAWLESS CONDITION WITH ONLY 3,500 SUNNY DAY LOCAL MILES. IT WAS PERSONALLY SIGNED BY
JACK ROUSH AFTER BEING THE FIRST AUTOMATIC STAGE 3 IN AMERICA TO HAVE RECEIVED THE ROUSH YATES PHASE 2 PERFORMANCE
ENHANCEMENTS AND THROTTLE ENHANCER, BRINGING THE DYNO HORSEPOWER TO 737 AND TORQUE TO 610 POUNDS. THE CUSTOM, 3
SOUND LEVEL EXHAUST SYSTEM IS RESONATOR DELETE AND HAS A SR PERFORMANCE STAINLESS STEEL X PIPE. TO CONTROL THE
ADDITIONAL POWER, THE CAR RECEIVED STEEDA IRS SUBFRAME BRACES AND SR PERFORMANCE VERTICAL LINKS.