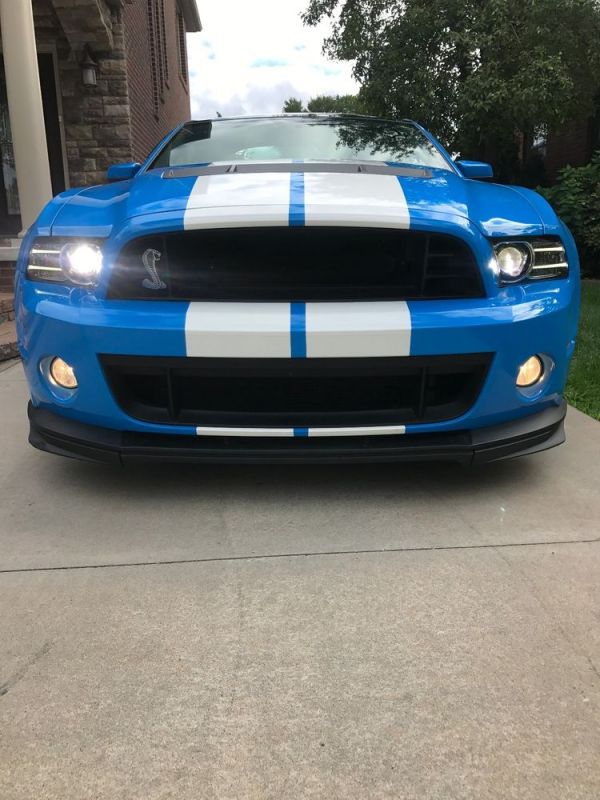 For more details email me at: karynkccunis@gunnersfans.com .

GRABBER BLUE EXTERIOR MATCHED WITH CHARCOAL W/ WHITE LEATHER INTERIOR...5.8L 4V DOHC SUPERCHARGED ENGINE..6 SPEED
MANUAL TRANSMISSION...
Shelby is loaded with every option except Recaro Leather Seats- Has factory Shelby Leather Seats. This vehicle
has the SVT Track Package ($3,000 option), Navigation ($2,350 option), Glass Roof( $2,000 option), among others
(over $13,000 in options).
2014 Shelby's is only year that Shelby's came with Factory supplied 662 Horsepower. In 2014, this Shelby was
the fastest production vehicle built in the USA. This vehicle also has dealer installed Vented side scoops, quarter
panel window louvers, Driver/Passenger window sunlight deflectors.
This factory bumper to bumper warranty gives anyone peace of mind because it covers almost everything but most
importantly the Powertrain, even roadside assistance.
This vehicle runs exceptional, never seen or been driven in snow, extremely low miles, one owner non smoker
vehicle.This vehicle was maintained,serviced,and treated like family. An absolute gem...