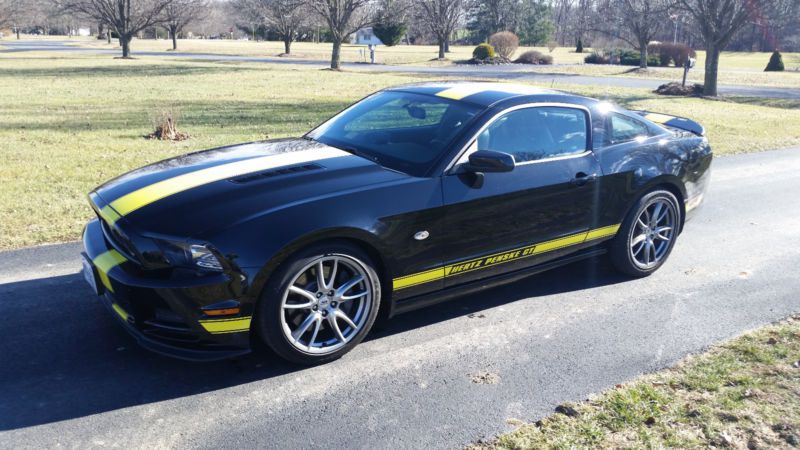 Hertz Penske Mustang GT 2014. One of one hundred and fifty Serialized cars built and sent to Hertz for rentals.
This is number 145 of 150. Mileage is 35K and good condition. Look at the link below to see information on this
car. V8 5.0 liter, auto, ps, pb, nav. Looks and runs great.
Hertz Penske Mustangs came with Boss 302 front splitter, Shelby rear valance and exhaust. Cars are sent out for
lowering and suspension upgades, and Brembo brakes. Cold air induction and a computer tune. Interior has Recaro
seats and Boss 302 instrument pod.