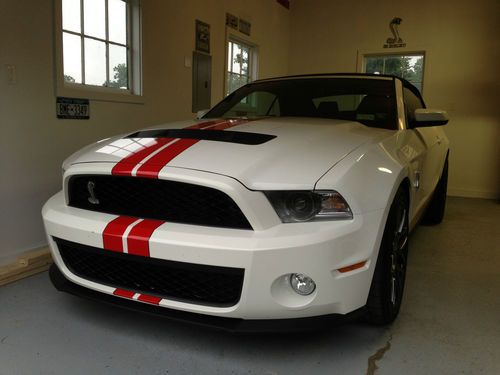 2012 SHELBY GT500 CONVERTIBLE.  I AM THE ORIGINAL OWNER AND ONLY DRIVER OF THIS CAR.  IT HAS LESS THEN 2400 MILES ON IT AND IS IN SHOWROOM CONDITION.  THE CAR HAS NEVER SEEN RAIN AND IS PARKED IN A DEHUMIDIFIED GARAGE WITH ITS CUSTOM SHELBY CAR COVER ON WHENEVER IT IS NOT BEING DRIVEN.  IT WAS A SPECIAL ORDER FROM FORD AND IS FULLY LOADED.