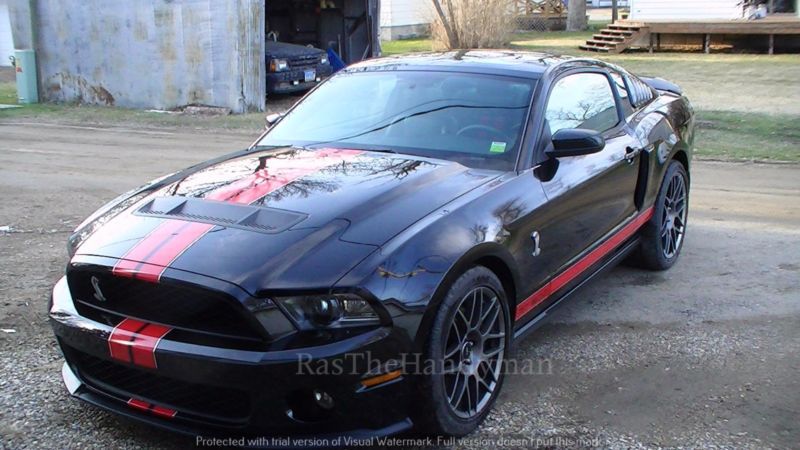 I am always available by mail at: lillylsstratford@swappers.net .

Selling my favorite toy. I'm moving off pavement and can't bear the thought of rocks chipping at it.
The car is a real beauty as you can see from the pictures. I am the third owner. I bought it in the fall of 2014.
This is THE Shelby GT500 Mustang you want. Moonroof, SVT Performance Pack, Factory Navigation System. Only 21000
miles (that's under 5k per year). Black with red racing stripes. Black leather interior with red stripes on the
seats. This car turns heads.
Contact me if you have further questions.