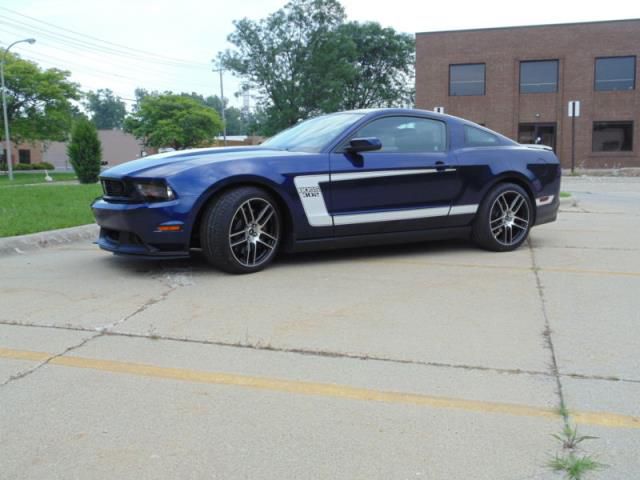 2012 Mustang Boss 302. Blue with white stripes. Only 388 original miles. If you are looking at this car, you know what these cars are and all the great features. The blue and white combination is one of the best in my opinion. It just looks fantastic.