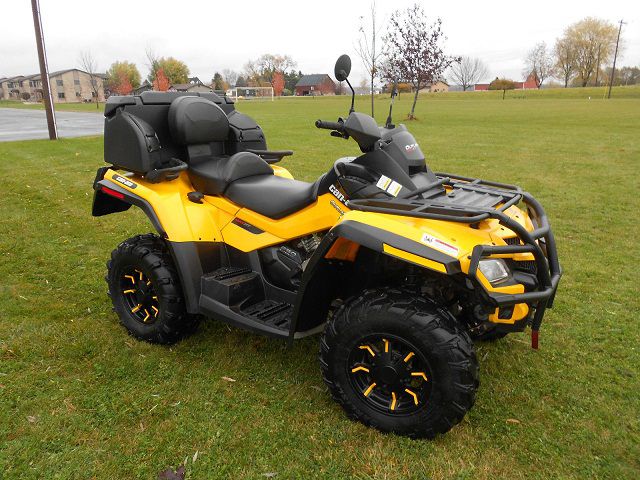 THIS IS A 1-OWNER 2012 BOMBARDIER OUTLANDER 650 MAX XT CAN-AM ATV WITH 1,738 MILES / 114 HRS.
THE OUTLANDER FEATURES A 650CC ROTAX V-TWIN ENGINE, XT PACKAGE, 4X4, AUTOMATIC TRANSMISSION, HI-LOW RANGE, DPS POWER STEERING, WINCH, MIRRORS,TRAILER HITCH, FULL 2-UP SEATING, ALUMINUM WHEELS AND A CAN AM REAR STORAGE BOX.
THE ATV IS IN EXCELLENT SHAPE.
IT WAS ALWAYS DEALER SERVICED (SIMONAR SPORTS) AND EVERYTHING WORKS AS IT SHOULD.
THE OUTLANDER HAS NEVER BEEN WRECKED, DAMAGED OR ABUSED AND IS 100% READY TO RIDE .
FEEL FREE TO E-MAIL ME FOR ANY QUESTIONS AT: amanda.b.e44@gmail.com
FOR MORE INFORMATION PLEASE CALL (843) 888-5700 . IF NO ANSWER, PLEASE TEXT ME. THANKS