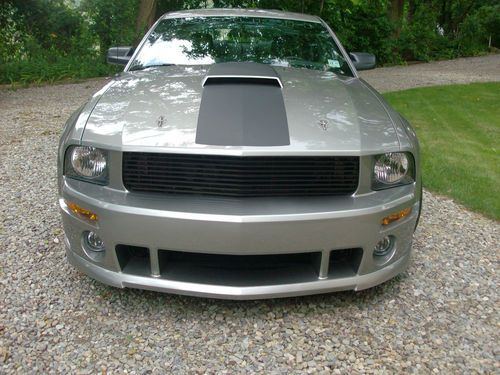 This 2008 Roush 427R Trak Pak modified GT is number 57 of only 100 built and only one of 12 this color. It was only produced for one year 2008. It has never been raced or abused is in brand new condition has been garaged, non smoker. If you are looking for one of these this one could be the one. I am the original owner. The car was purchased in New Jersey in December of 07. I have all the paper work have the brake duct hoses hawk pads. The only option this car does not have are the side window louvers. If you are interested and would like additional information about this vehicle call John at 732-290-0745  WILL LET DRIVE ONLY IF BUYING.