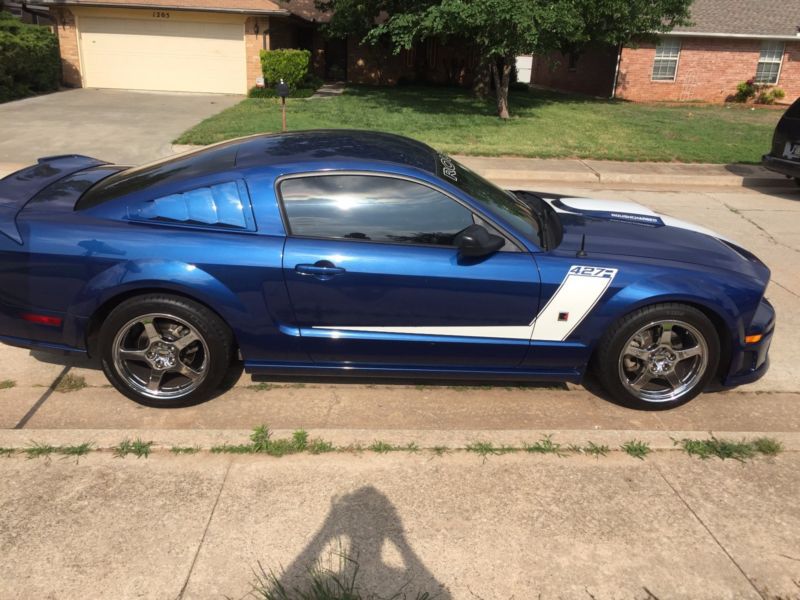 If you have any questions or would like to view the car in person please email me at: derrickdnnardella@clubkawasaki.com .

This listing is for my 2007 Mustang Roush. I had a shop install a ford racing cam, a 2.49 superchager pulley, and
catless BBK headers when the vehicle had about 10,000 miles. It put down 450 to the wheels on its first dynojet
pull and we slowed it down to 430 to make it a reliable daily driver( about 550 to the crank). I also added HID
kits to the head and fog lights.( Though it is a daily driver
it sits in the garage and i do not drive it to work. About as far as it goes is 10 miles to the gym and back. Since
I have owned the car I've never had to do anything other than maintenance. At about 30,XXX miles I added 4.10 ford
racing gears, i still have not had the computer set for these gears so the speedometer is a little off. For
example, if you are going 40 mph the spedo reads 45 mph. There are a few ways to fix this either with a retune,
there is a converter box that can be added, or the factory gears can be reinstalled. I have all factory parts for
this car and two spare rims that you are more than welcome to keep with the purchase of the vehicle. I included a
picture of all the scratches I know about on the car. The up close of the white decal is to show that they are
chipping away a little, I just took a picture of one but they are all chipping. The interior is next to flawless
just some slight wear on the floor mats. The car has no known dents on the body. Car shifts great, corners like a
champ, and drives smooth. Feel free to message me with any questions. Buyer is responsible to ship. I can send more
pictures upon request.