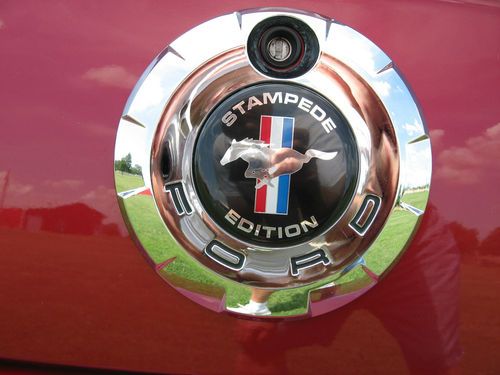 One owner, garage kept, non smoker with very low miles. The Stampede Edition was a limited production run of 500 units delivered to dealers in Texas and Oklahoma. I've only seen a few, but they vary in options, except for the 4.0 V6 engine. This pony car has been driven an average of 3000 miles a year and very rarely in the rain. The car is all orginal with the exception of the Flow Master muffler,but the original Ford unit comes with it. Stampede Edition Mustang's are sure to become collector items.  Paint and stripes are factory orginal. It seems to have every option offered in 2006 with the expection of the Shaker 1000 sound system, it has the Shaker 500 system. There are no issues, everything works just like the day it rolled off the showroom floor.