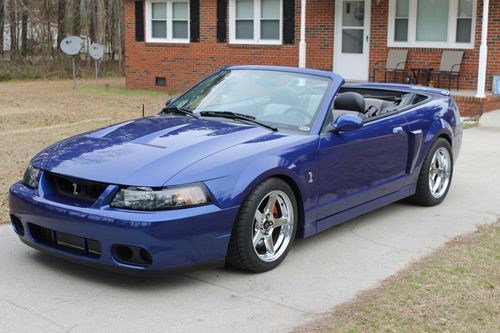 I have owned this car for four years. It has been a great car just time to get something else.There are normal rock chips and scratches as expected for a 10 year old car but nothing major. There were only 340 sonic blue verts ever built. I have both original keys along with original owners manual and window sticker. Car is sold as with no warranty. Buyer is  responsible for pickup or shipping. Payment must be received within 7 days. Only cash, wire transfer or certified bank check accepted. Title will not be released until check clears.