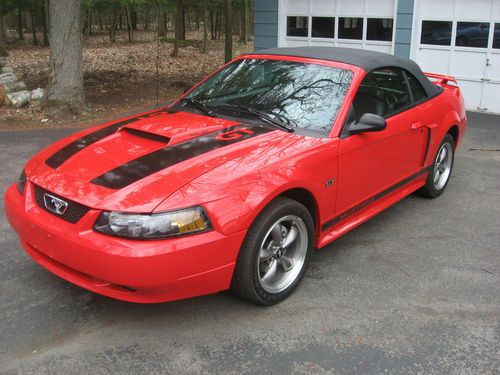 Hello up for auction is my 2003 ford mustang GT convertible with 15,500 miles on it. this car is in perfect condition it has leather seat power everything 6 disc cd player the car has always been inside 4.6 V-8 with an automatic i'm selling it locally so it can end at anytime if you have any question just let me know i will be more an happy to answer them. you can fly into Green Bay Wi. and i will pick you up and you can drive home i also have a car cover that goes with it and the original air intake system that goes with it the only thing i changed was that and the exhaust. thanks for bidding.