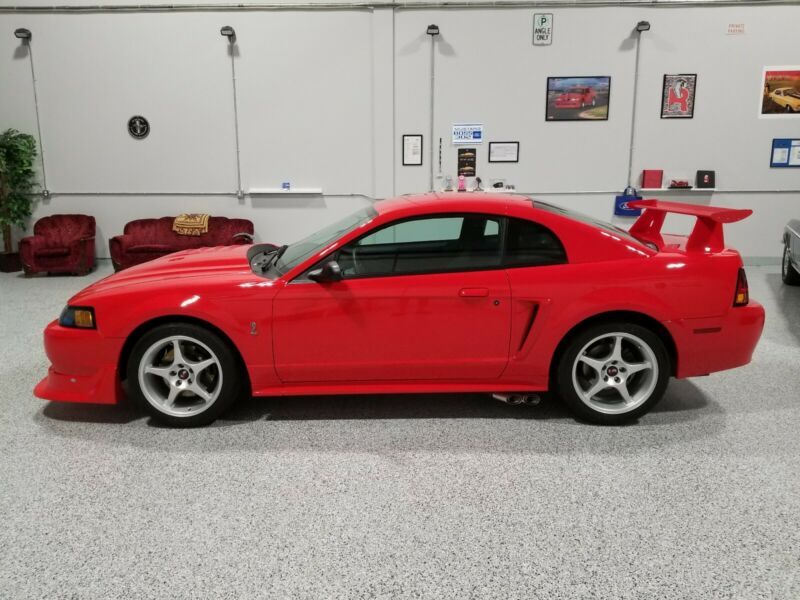 Like new, unmolested, stock 2000 Cobra R with ONLY 164.4 Miles!!! There were only 300 of these cars built in 2000
and this is number 220 of the 300. This does not have hood blisters or paint bubbles like some of the early number
2000 R's had. In 2000, this was the most brutally powerful Mustang built since the Boss 429. The 5.4L naturally
aspirated engine produces 385 HP and 385 lbs-ft of torque, with 0-60 times under 5 seconds and top speeds of over
170 mph. The 7” rear wing and front air splitter were required to keep this monster planted on the ground at high
speeds. Rear seat, radio, insulation, A/C delete, lightened the weight of this street legal race car, that came
factory equipped with many recognizable and respected equipment names such as Tembec, Borla, Brembo, Bassani,
Recaro, BF Goodrich, B&M, Eibach and more