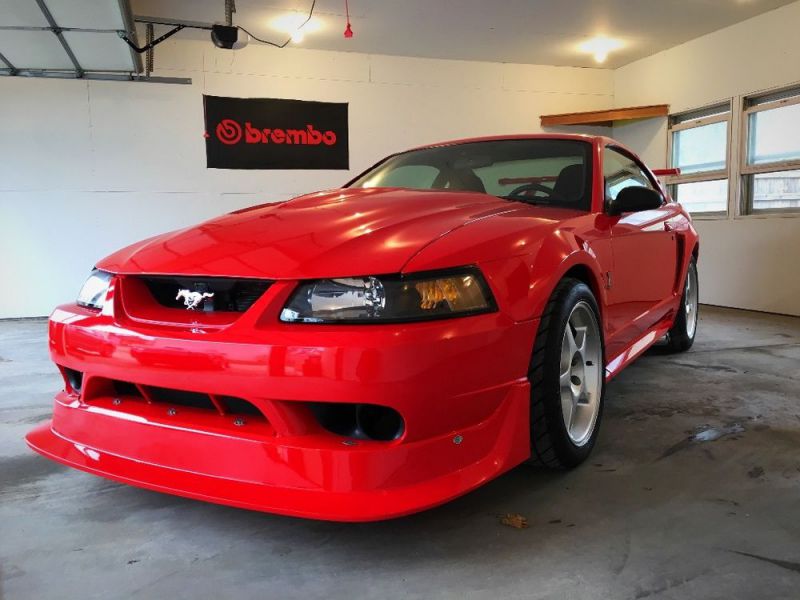 2000 Cobra R #220. This is a original tire and battery car and does not have hood blisters or paint bubbles like the earlier cars. Properly stored in climate garage, no leaks or drips. Very well documented including original bill of sale, invoice, window sticker and black binder. The front brake cooling ducts have never been installed and are new in bag.