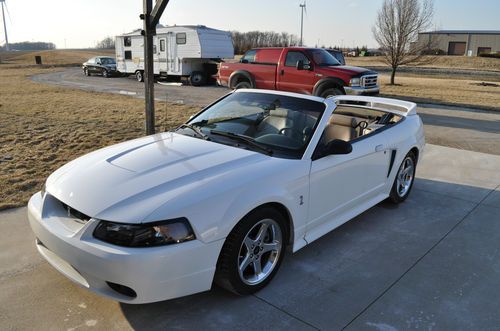 BBK long tube headers, BBK H-pipe, SLP LM2 catback exhaust, cold air intake, Green Air filter, 01 Cobra rear bumper, new upgraded headlight bezels, Roush Stage 3 rear wing
I've owned this car for 4 yrs. it spent it's previous life in FL. I've put 20k miles on the car. I have always had this car in storage during the winter months. To my knowledge this car is rust free. This car is a blast to drive I really don't want to sell it but I am finishing up college and would like to get out of debt.

This car is located in NW Ohio 20 miles from Ft. Wayne, In.