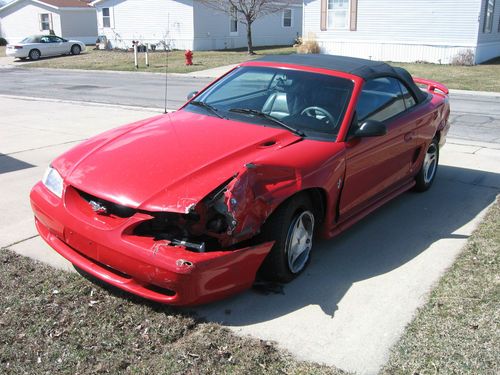 I have a 1997 Mustang Convertible (3.8L V6, Manual transmission 5-speed,) that was recently involved in a crash.  The car has always been garaged. The car still runs and drives but is not roadworthy. The car has 126K miles on it, with parts being replaced at 118K miles. I am the original owner of the car.