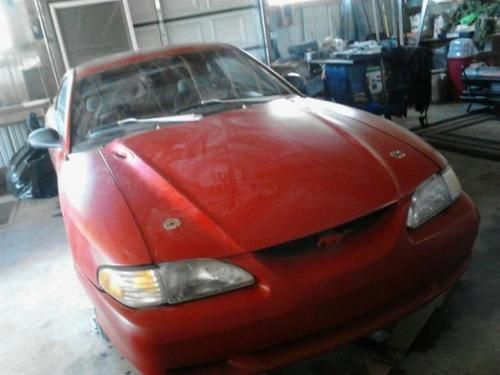 1996 mustang 3.8 automatic dose not run, believe timming chain is out. The interior is in fair shape and exterior has some rust on rocker, has one new tire. Tail lights have been blacked out, glass is all good. Would make a nice project car.