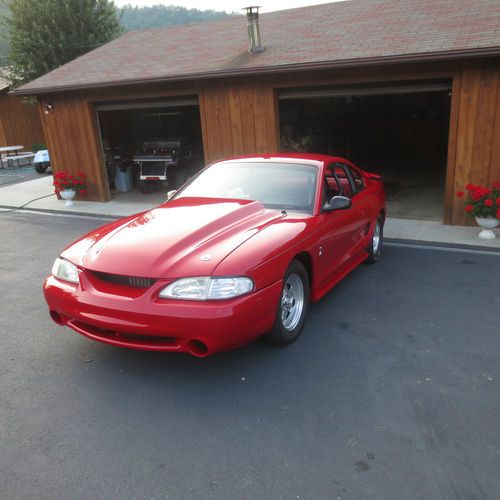 Condition: UsedA vehicle is considered used if it has been registered and issued a title. Used vehicles have had at least one previous owner. The condition of the exterior, interior and engine can vary depending on the vehicle's history. See the seller's listing for full details and description of any imperfections.Seller Notes:"This car has never seen bad weather, has been garage kept."

$30,000.00 invested into this cobra.This is a really NICE, cobra and don't think that you could find a cleaner car with all new stuff. This cobra can be used to drag race or show.This cobra has NEVER seen precipitation!! Has been garage kept.

This cobra is a virgin to the drag strip, "HAS NEVER SEEN A DRAG STRIP."

Can show all receipts for when car was being built.