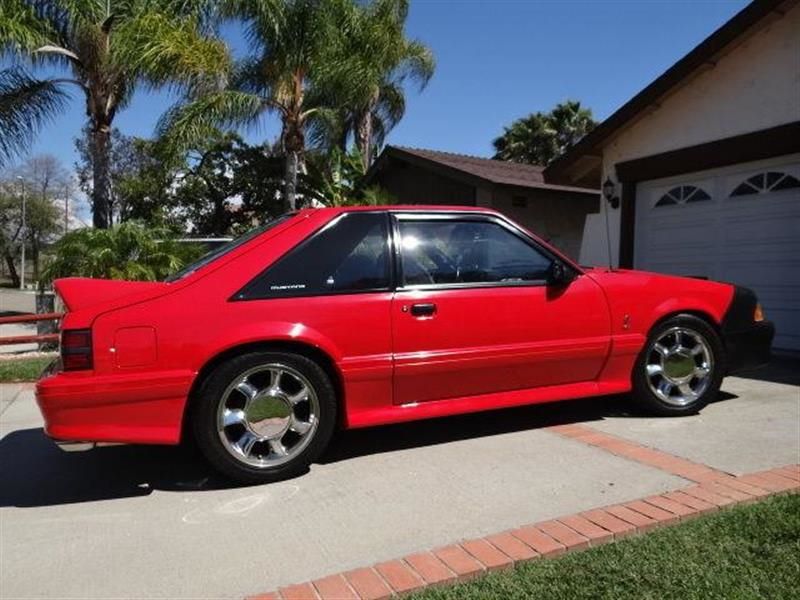 For further questions email me : farrellsenkinson281517@yahoo.com Original Owner Of 1993 Mustang Cobra. A Limited Production Run In 1993 By Ford’s Special Vehicle Team (svt) Which Added Increased Horse Power And The Latest Handling Upgrades Over The 1993 Gt Models. 1993 Was The Last Year Of The Fox Body Style. Only 5100, 1993 Mustang Cobras Were Built. The Vehicle’s Production Number Is 475. All Original Paper Work And Documentation Is Available. Always Garaged And Covered. Although It Is Not Stock, It Is Squeaky Clean Inside And Out. It Has Been Supercharged With A Vortech Supercharger And Many Other Performance Enhancements To Include Gt40 Intake, Edlebrock High Flow Aluminum Heads, Jba Headers, High Flow X-pipe Cat System, Borla High Flow Cat Back Exhaust System, Engine Performance Electronics, Hurst Short Throw Shifter And Much More. The Vehicle Has Never Been On The Race Track And Has Never Been In The Rain. For That Certain Buyer That Wants A Limited Production Clean Classic With The Performance Of A Late Model Muscle Car, This 1993 Mustang Cobra Could Be Your Answer.