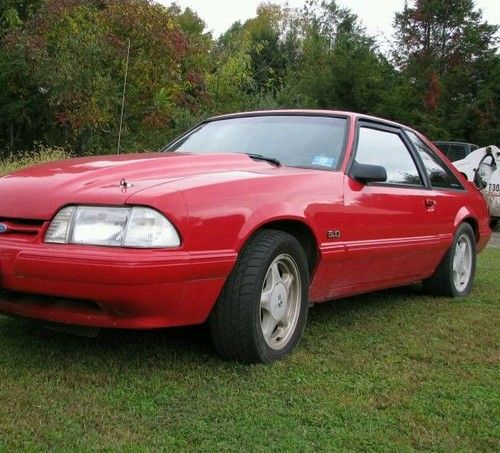 You are looking at a 1991 mustang with a rebuilt engine with all racing parts,scat crank and rods,and afr heads.This mustang put out 476 rear wheel horse power. The transmission is a tremec 3550 with a steel flywheel and a blow proof bellhousing connected to an aluiminium driveshaft with a 373 rear and detroit locker also has c-clip eliminators on the 31 spline moser axles. To keep you safe the car has an 8 point rollcage with side bar swing outs. I have a folder with all the receipts from all the mods. If you have any questions feel free to email me at dac0704@comcast.net. Car must be paid for within 7 days of end of auction and will not be released until funds clear