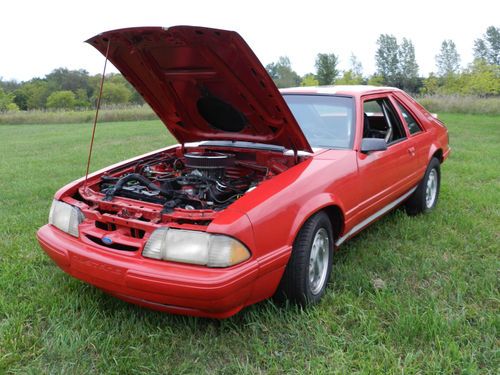 302 -  400 HP forged pistons,  windage tray, full roller motor,ford racing E cam, Crane Roller Rockers, Edelbrock heads and intake, meizere elec water pump, long tube headers, flowmaster exhaust,  holley HP 650 racing carb, 2 speed powerglide with manual valve body and trans brake($2800.00 trans) by M&M racing transmissions, 10 pt roll cage, fuel cell, Mickey Thompson slicks that were new to the car whan I built it in 2005 and are still like new it has not been down the track more tha 25 or 30 times,  I'm just not into racing as much as I thought I would be.

Bid on it even if you think its already bid up too high. The last few times I have tried selling things here scammers have run the bids up and not paid for the items either to try to rip me off or to keep people from buying them so they will buy theirs instead. The legitimate buyers that actually wanted the items quit bidding on them thinking they were too much when they would have gotten them thru a back up offer. Or e mail me thru ebay and I wil let you know  if the buyer was a fake.

You arrange shipping or pick up.