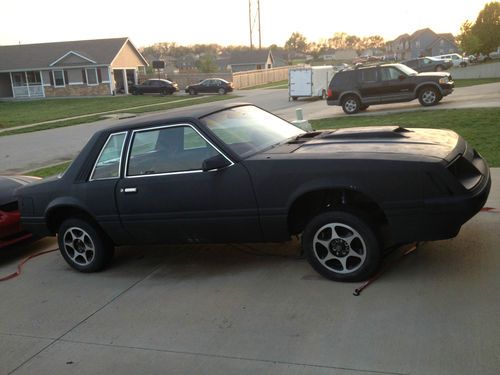 I have a clean 84 notchback coupe. No rust anywhere. Car was originally a 6 cyl. Inside is stripped except for dash. Have black carpet, and black interior panels. Trim around windows has been removed but do have them. No door panels, seats, console or headliner. No motor or transmission. No rear bumper. This is the way I purchased the car. It did not have wheels, I put some on so it could be moved around. The rearend is a 3:73 . I had plans of installing everything from my 85. However, my plans have changed. It's a great car. No body damage. Car would look awesome when finished. The highly sought after 4-eye. Previous owner primered the car. I do have a clean clear title in hand.