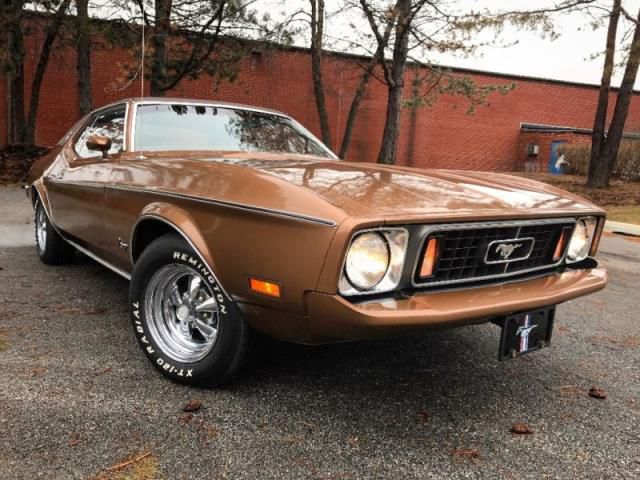 Hello, For Sale Is My 1973 Ford Mustang! This Is A Very Nice Car With Only50,000 Original Miles! Under The Hood Is The Original Numbers Matching 302 V8.Plenty Of Power For Thecar. It Is Mated To A 3 Spd Automatic Transmission. TheCar Runs And Drives Great, Could Be A Daily Driver If Wanted! Everything On TheCar Works, And I Mean Everything. Powersteering, Lights, Blinkers, Wipers,Radio, Heat, Etc! Tires Are In Great Shape, Wrapped On Crager Chrome Wheels. ThePaint Is Very Nice, The Metallic Flake In The Paint Really Makes It Stand Out.Interior Is In Perfect Condition Except For The Driver Seat Which Had A Tear InIt. All The Chrome Trim Is Very Nice.the Car Is All Solid, No Rust. Dont MissYour Chance To Own A Beautiful Piece Of History!