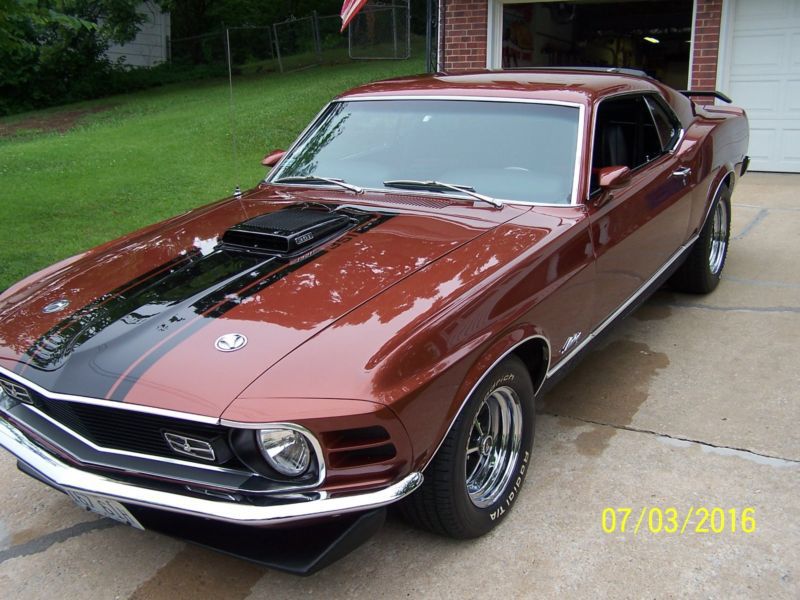 If you have more questions or want more details please email : caseycllaesser@cafeuk.com .

Car has had a nut & bolt restoration from 2005 to 2010 along with some safety and reliability modifications. The mileage stated is since the restoration was finished, the previous owner stated the motor was rebuilt and had 10K miles but with no documentation. We regasketed most of it and painted it before reinstalling and it uses no oil and has plenty of oil pressure and power for a 2 barrel 351C. Below is a YouTube Video and a list of modifications performed. let me post it.

Extras
Box of misc. parts
2 spare 14 magnums & tires
Edelbrock aluminum intake 2V to 4V conversion
( Powder Coated )
Cover Craft car cover with lock
Bucket seats out of a 2005 Mustang
that have had the mounting brackets
modified to work in a 70 Mustang which
gives the driver a electric seat w/lumbar,
these were used on long trips to car shows
and since we were entered in the modified
class it didn't matter.