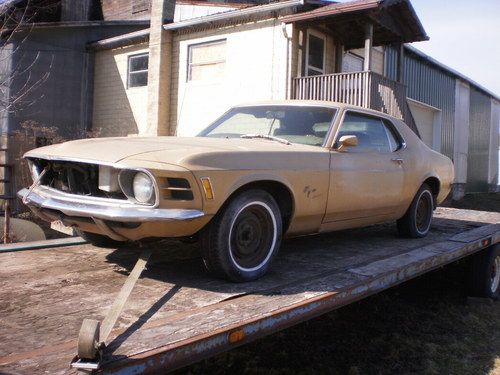 1970 Ford Mustang, V8, automatic, power steering, does not have power brakes. From Oregon, rust free except for some surface rust. Never been in the salt. body is very good. Headliner has no rips or tears. Rear seats are very good, front seats need redoing. Both bumpers are in the car, as is the grille.