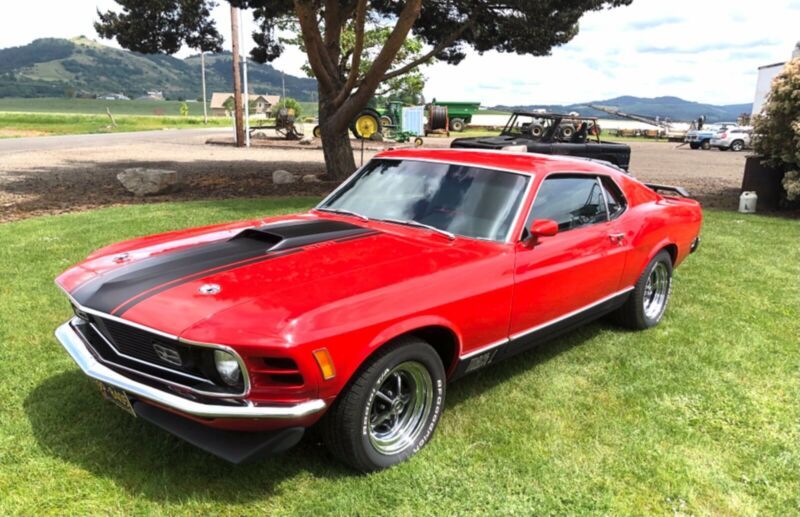 Amazing 1970 Ford Mustang Mach 1
351 cu in V8 with auto transmission
Factory AC car with new Vintage Air Components Ac needs charged
All original and correct car that was totally restored 7 years ago
Every nut, bolt and bushing was replaced with new
Only maybe 10k miles on the car since the Resto odometer reads 18854
Resto done professionally over a period of 5 years
Body solid and rust free the bottom of the car is as clean and nice as the top side
All Chrome,Glass,molding and trim are excellent
Interior completely redone with correct materials including headliner
Car runs and drives very well, fast and powerful
Sounds amazing too
Clean and clear Oregon title in hand