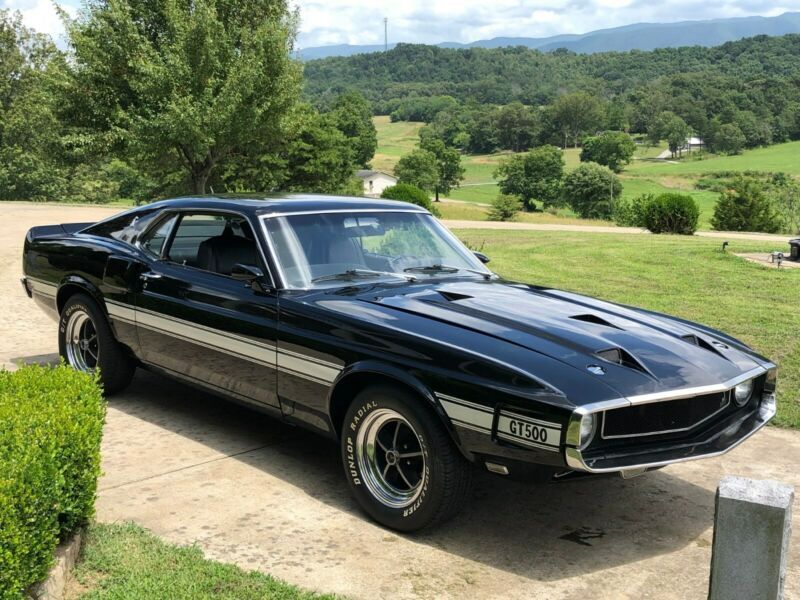 Shelby GT500. Elite Marti report shows this was the ONLY 1969 Shelby GT 500 delivered to the Mid-West. Original
owners manual, original invoice from Shelby automotive company. Original signed armrest, signed by Carroll Shelby.
Original 428 CJ engine was recently rebuilt, with some internal upgrades to make it stronger and more reliable.
Correct date coded Holley carburetor, hard to find Ram Air Seal. Correct exhaust. Everything on the car has been
gone through. Transmission has been rebuilt and a much stronger aftermarket clutch was installed. Drives excellent.
Exceptionally nice and rare GT500.