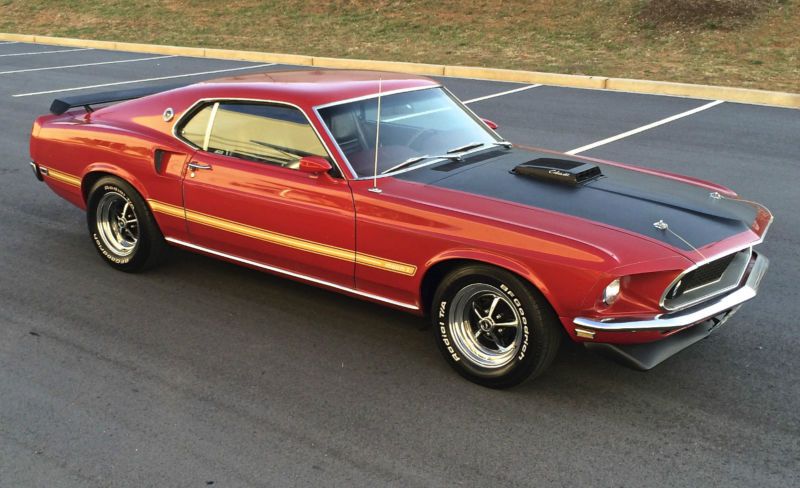 This car was ordered with the following options: beautiful Candy Apple Red paint, Red Mach1 Hi-Back Bucket Seats, C6 Automatic Transmission, R-code 428 4v Cobra Jet Ram Air (shaker Hood), Black-out Hood Treatment, 3.50 rear gear ratio, Raised White Letter Tires, Power Steering, Tinted Glass, Tachometer, Trip Odometer, and AM Radio (but was upgraded to a original AM/FM). The original paint still shines beautifully but does have minor imperfections when inspected closely. The original red interior is still in good condition and is free from tears (carpet does have some discolored areas). The body is rust free! The undercarriage is still original and in excellent condition. This car drives like a new car. The motor, transmission, and rear differential have been gone through and are new inside but the original patina was left on the outside to keep the correct look with the car. The power brakes work beautifully and are in new condition. The power steering is tight and the car handles excellent. The motor is strong and the C6 transmission shifts smooth.