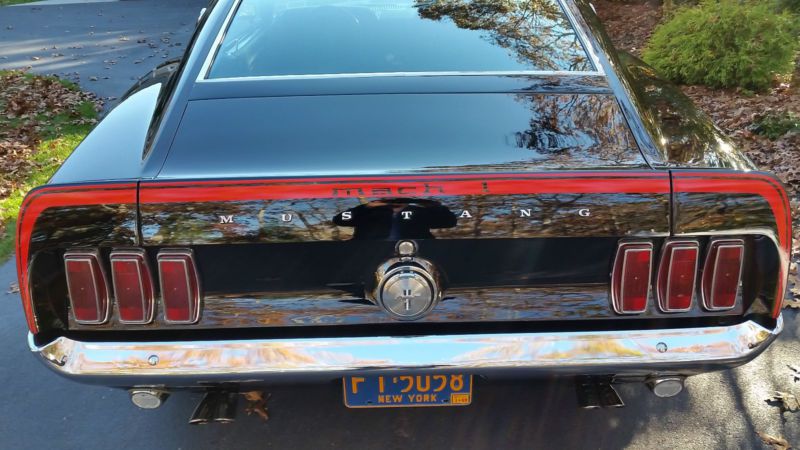 Just email me at: beebsstuckmeyer@ukcarriers.com .

Here it is, the car you have been waiting for: A mint black on black 428 Super Cobra Jet Ram Air with matching
numbers, Marti report and all the necessary paperwork from the 2008 restoration. The car is a R code drag pack
with out power steering or power brakes. It is a 4 speed manual transmission with a 3.91 rear end, with traction
lok. It is Fast & Beautiful, and dinoed at 420 horse power. If you are looking for a nearly perfect car, this is
it! I have taken excellent care of this car, as I'm a perfectionist. The car is a great show car, and real head
turner, and would be a perfect addition to anyone's collection. Good luck with your bidding!!!