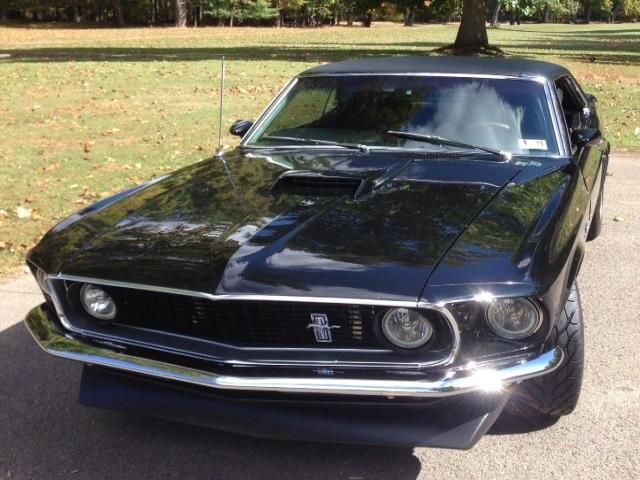 1969 Mustang Coupe. Car was stripped down, every bolt came off, sand blasted and brought back up. All new interior, new top, disc brakes, new exhaust, torque thruster II wheels, new tinted windows, halo headlights, LED taillights, updated gauges, 4 core radiator, 650 CFM Thunder Series Elderbrock Carburetor, the list goes on and on. No expense was too great during this rebuild. Original engine in the car was a 302, somewhere along the line a 1981 351W engine was placed in the car.