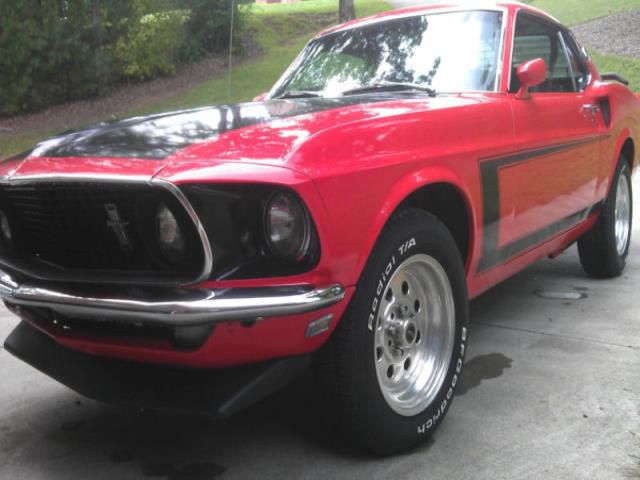 1969 Mustang Fastback was restored between 1994 and 1998 and is a weekend warrior. It has a Straight Body and Frame with no signs of any accidents or damages, All invoices of restoration included with sale. This is a California car. Color: Beautiful Calypso Coral with Grabber stripes. Excellent interior (Dash panel cracked in speaker grill). It has a Balanced 302 bored .030 over, crankshaft ground and balanced, Dart heads with a 268 Competition Cam, Edelbrock Performer intake with an Edelbrock 600cfm carb. Rebuilt C4 transmission. B&M transmission SuperCooler. Custom Wheels, Looks & runs great, Maintenance records available, Plus so much more. The paint is good for a driver, to be show quality it would need paint.